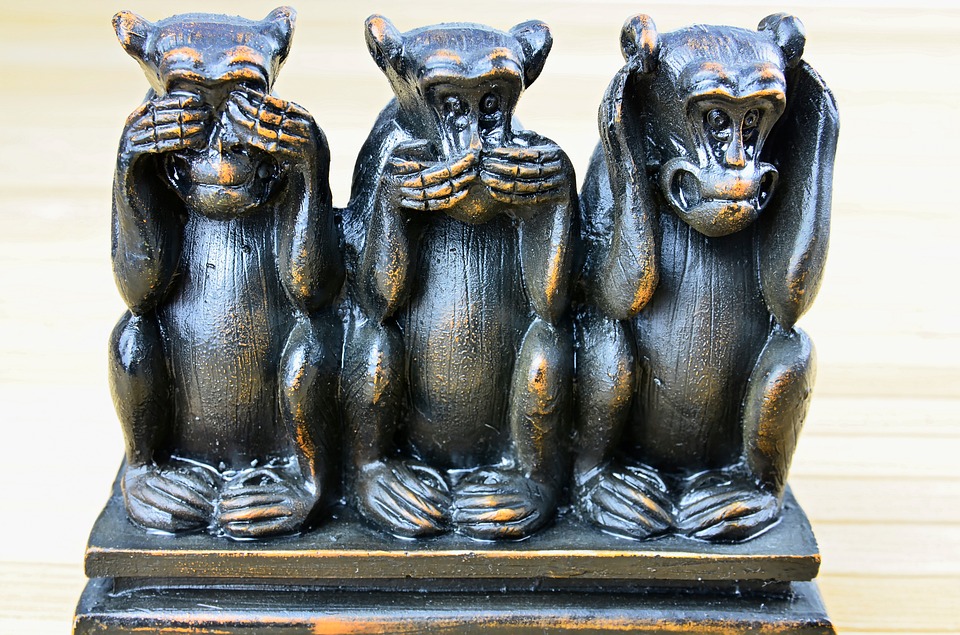 The proverbial saying “see no evil, hear no evil, speak no evil” is often represented by three wise monkeys, each covering its eyes, ears, or mouth. Depending on the culture, this maxim can refer to a lack of moral responsibility through deliberate ignorance.

The courts have coincidentally used the idea of the three wise monkeys to establish laws concerning workplace discrimination. A central theme in discrimination litigation is whether the employee brought the alleged discrimination to the attention of those in an organization who could have done something about it. Courts hesitate to hold an employer responsible for discrimination that it does not see or hear because the employee did not say something to alert it to what was happening.

In case you were wondering, this “three wise monkeys” maxim is not an actual legal theory. However, its idea is embodied in a defense that employers may use to defend against charges of sexual harassment. The defense is called the Faragher-Ellerth defense.

The Faragher-Ellerth defense is named after two U.S. Supreme Court cases: Faragher v. Boca Raton and Burlington Industries, Inc. v. Ellerth. In deciding both of these cases, the Supreme Court established a new legal precedent for employers that are being sued for sex discrimination.

The Supreme Court held that an employer will be automatically liable if a superior’s sexual harassment of a subordinate results in a concrete negative employment event, such as the subordinate employee getting fired or demoted.

However, if no negative concrete employment event takes place as a result of the sexual harassment, the employer is still potentially liable, although it may be able to avoid liability if it can assert the Faragher-Ellerth defense by proving the following two elements:

As a result of the Faragher and Ellerth cases, many organizations have instituted reporting procedures to help them meet both elements of the Faragher-Ellerth defense. Unfortunately, an unintended consequence has appeared: an increase in workplace retaliation.

Retaliation within the employment law context is exactly what you think it is: an employer retaliates against an employee for engaging in a protected activity, that is, something the employee is legally allowed to do. Applied to Faragher-Ellerth defense situations, the protected activity is reporting sexual harassment, and what constitutes unlawful retaliation is basically any notable negative employment event, such as a demotion, firing, or pay cut.

The recent trend of rising retaliation claims is due in part to the Faragher-Ellerth defense. The reporting procedures that organizations have been implementing to remedy workplace sexual harassment have actually encouraged supervisors to retaliate.

Why is this happening? There are many answers to this question, but one explanation revolves around the psychological principle of coping.

What Should the Employee Do?

By now, you have realized that victims of sexual harassment (or any other discrimination) are in a difficult situation. If they do not report the conduct, they may easily lose any future lawsuit concerning the discrimination. But if they report the discrimination, there is a realistic chance they will be the victim of retaliation.

So what should they do? If the employee wants to keep his or her job, then he or she will probably not want to report the discrimination, since there is a good chance that reporting the discrimination will make things worse. It is unfair, but it happens.

For some extra insight on reporting discrimination in light of potential retaliation, check out our earlier blog post titled “Reporting Workplace Discrimination: Why It’s Important.”