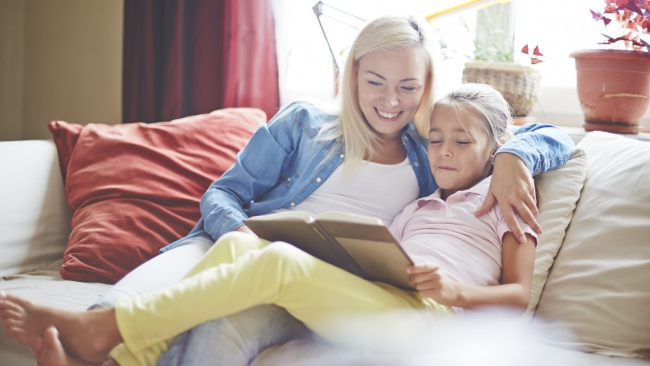 The Case for Paid Parental Leave in the United States

The United States is the only industrialized nation that does not offer some sort of paid parental leave. And that’s a problem considering that today, women make up 47% of the workforce, and 40% of those women are the sole or primary breadwinners for their families.

Study after study has shown the health and economic benefits that result when parents are able to take time off after the birth or adoption of a new baby. However, the majority of parents in the U.S. today don’t have that luxury, either because they can’t afford to take unpaid leave (which is currently offered under the FMLA) or they are ineligible for maternity leave altogether. As Jessica Shortall remarked in her TED talk, Work, Pump, Repeat, “As a country, we’re sending millions of women back to work every year incredibly and horrifically soon.”

State of Paid Parental Leave in the United States Today

Today, in the United States, paid parental leave is rare, with only three states offering it: New Jersey, California, and Rhode Island (four to six weeks of partial pay). Yet, as of late, things are beginning to change with a new generation demanding work-life balance and the issue becoming a hot political topic in the current presidential race.

In Washington D.C., for example, lawmakers are considering a bill that would offer 16 weeks of paid leave to workers in the District of Columbia—a potential game changer for this kind of legislation. And companies such as Facebook, Spotify, Zillow, Netflix, and Nestle, just to name a few, have greatly expanded their leave policies.

Still, for most American workers, not much has changed in the way of maternity or family leave. Unless you live in New Jersey, California, or Rhode Island or work at one of the few companies that offers generous leave policies, you likely have little to no paid maternity benefit.

The Family and Medical Leave Act (FMLA), passed in 1993, offers eligible employees unpaid, job-protected leave for up to 12 weeks. And while the passing of this law was a step in the right direction for working parents, it failed to recognize a large majority of the population who either don’t qualify for FMLA or who can’t afford to take unpaid leave.

As Tom Spiggle, employment lawyer, author, and founder of the Spiggle Law Firm, said in an NPR interview, Paid Family Leave Gains Ground for Private, Public Sector Workers, “For many parents, leave, if it’s not paid leave, it is not leave ’cause they can’t afford to be without a paycheck.”

The Benefits of Paid Family Leave

Beyond the perhaps obvious benefits for families—such as bonding, having time to recover after childbirth, and providing round-the-clock care without requiring supplemental childcare—a number of health and economic benefits come along with offering paid family leave.

Numerous studies show that mothers benefit when they are able to stay home for longer periods after the birth of their baby. For instance, studies show that the shorter a woman’s maternity leave, the more likely she is to have post-partum mood disorders such as depression and anxiety; that mothers who have paid, generous leave are more likely to breastfeed, providing numerous health benefits for mother and child; that paid parental leave can reduce infant mortality by as much as 10%; and that paid leave increases the likelihood that babies receive well visits and vaccinations.

There are many economic benefits, particularly for lower-income mothers, unmarried women, or those without a college degree. These women are less likely to receive paid benefits than higher income, more highly educated, or married women. According to an article in the Washington Post,

Economists have found that with paid leave, more people take time off, particularly low-income parents who may have taken no leave or dropped out of the work force after the birth. Paid leave raises the probability that mothers return to employment later, and then work more hours and earn higher wages. Paid leave does not necessarily help businesses—but it does not seem to hurt them, either.

Additionally, a Rutgers study found that

Norway, which has the second-highest ratio of female-to-male earned income in the world, believes that the subsidy it offers to new mothers “more than offsets the increase in GDP created by mothers staying in the workforce.” To support women and families and ensure the participation of women in its workforce, Norway offers 46 weeks of full paid leave or 56 weeks with 80% salary. Norway similarly offers generous paternity leave.

When Google increased its paid maternity leave from 12 weeks to 18 weeks in 2007, its employee retention rate for mothers went up by 50%. Susan Wojcicki, Google’s first employee to go on maternity leave and currently CEO of YouTube, said in a Wall Street Journal article that the move was also beneficial to Google’s bottom line: it allowed the company “to avoid costly turnover, and to retain the valued expertise, skills and perspective of our employees who are mothers.”

While paid parental leave in the United States is dismal, especially when compared to the rest of the world, it looks as though paid maternal and family leave may finally be entering the national conversation. Listen to Tom Spiggle discuss the gaining momentum for paid family leave on NPR.

At Spiggle Law, we focus on employment law with a keen interest in pregnancy and caregiver discrimination. Founder Tom Spiggle is so passionate about standing up for parental rights that he has even written a book, “You’re Pregnant, You’re Fired,” to help mothers, fathers, and caregivers facing discrimination in the workplace. Contact us today to speak with Tom or consult with one of our experienced employment lawyers.