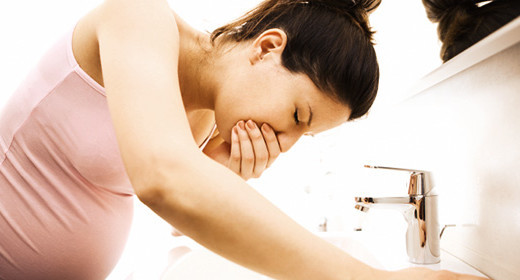 Imagine you are pregnant but suffer from morning sickness. Feeling nauseous is difficult enough, but you have to deal with it while working full-time, sometimes on a double shift. Sometimes the nausea gets so bad that you have to go home or take a 15-minute break.

Now imagine you get fired for taking these breaks due to your nausea. If this happened to you, what would you do? This recently happened to a woman, and empowered by the recent U.S. Supreme Court case Young v. United Parcel Service, Inc. and increased scrutiny on workplace gender inequality, she sued her employer for pregnancy discrimination.

Saijal Shah worked as a charge nurse for a nursing home managed by Lutheran Social Services of Michigan. After working at Lutheran for a few months, Shah suffered from severe nausea caused by her pregnancy.

On March 15, 2015, Shah worked a double shift. At the end of her first shift, she threw up and explained to a co-worker that she would go home, take medication, and try to feel better so she could return for her second shift. Before leaving for home, Shah left her phone number for her supervisor to contact her, per Lutheran’s company policy. Shah eventually returned, only having been gone for a little over one hour.

Upon learning of Shah’s trip home due to nausea, Shah’s supervisor told her she would be disciplined for not properly clocking out and not leaving a way for her supervisor to contact her. Shah explained the situation and that she did leave a method of contact. Shah was then told everything would be fine because Shah had acted reasonably.

A few weeks later, on April 3, 2015, Shah took a 15-minute break after working six hours straight, without any break—not even a lunch break. Shah needed this break after suffering from additional pregnancy-related symptoms, including a slight fever, nausea, and a headache. Shah took this break in a common area, so she could still monitor her patients by being within range of alarms and call lights. During this break, a social worker claimed to have caught Shah sleeping on the job, and Shah was fired a few days later.

Shah’s lawsuit is currently pending in federal court. Whether Shah wins remains to be seen. In addition to her belief that she was discriminated against because she was pregnant, Shah believes that Lutheran, especially the social worker who claims to have caught her sleeping, harbored animosity toward her because she is Indian.

Since Young v. United Parcel Service, Inc., there has been increased attention to gender and pregnancy discrimination. Shah’s case is just one among many others challenging an employer’s treatment of its pregnant employees. Another example of how Young has changed the pregnancy discrimination landscape can be found in one of our earlier blog posts titled “EEOC Sues Employer for Failing to Accommodate Pregnant Employee.”