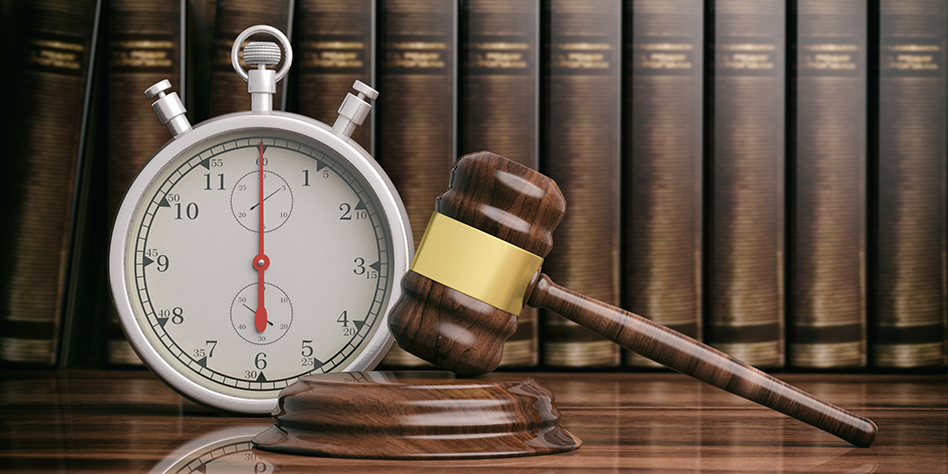 What is a Statute of Limitations?

Statutes of Limitations are laws set by both federal and state legislatures that limit the window of time during which someone can take legal action following an incident. This time window generally starts when the plaintiff’s cause of action accrues — or, in other words, when you first become aware that an incident has occurred against you.

If they fail to collect them within that timeframe, then the IRS can no longer pursue those taxes (except for in certain circumstances.

So what does this mean for you?

Labor cases have statutes of limitations as well. This means you only have a certain amount of time to file a claim against your employer following an incident. If you wait too long, you can’t proceed with the claim.

Keep reading to learn more about statutes of limitations and how they apply to labor and employment cases.

Why Do Statutes of Limitations Exist?

Statutes of limitations exist to protect the defendant from unfair prosecution or legal action.

The argument is that over time, evidence relevant to either party’s case may be lost, hindering that party’s case and leading to an unfair verdict.

Eyewitness testimony is a prime example of why we have statutes of limitations. Human memory becomes less reliable with time. If someone were to provide eyewitness testimony decades after an incident, they may not reliable compared to if they had given the testimony just months after.

Below is a chart containing the statutes of limitations on cases under several laws. 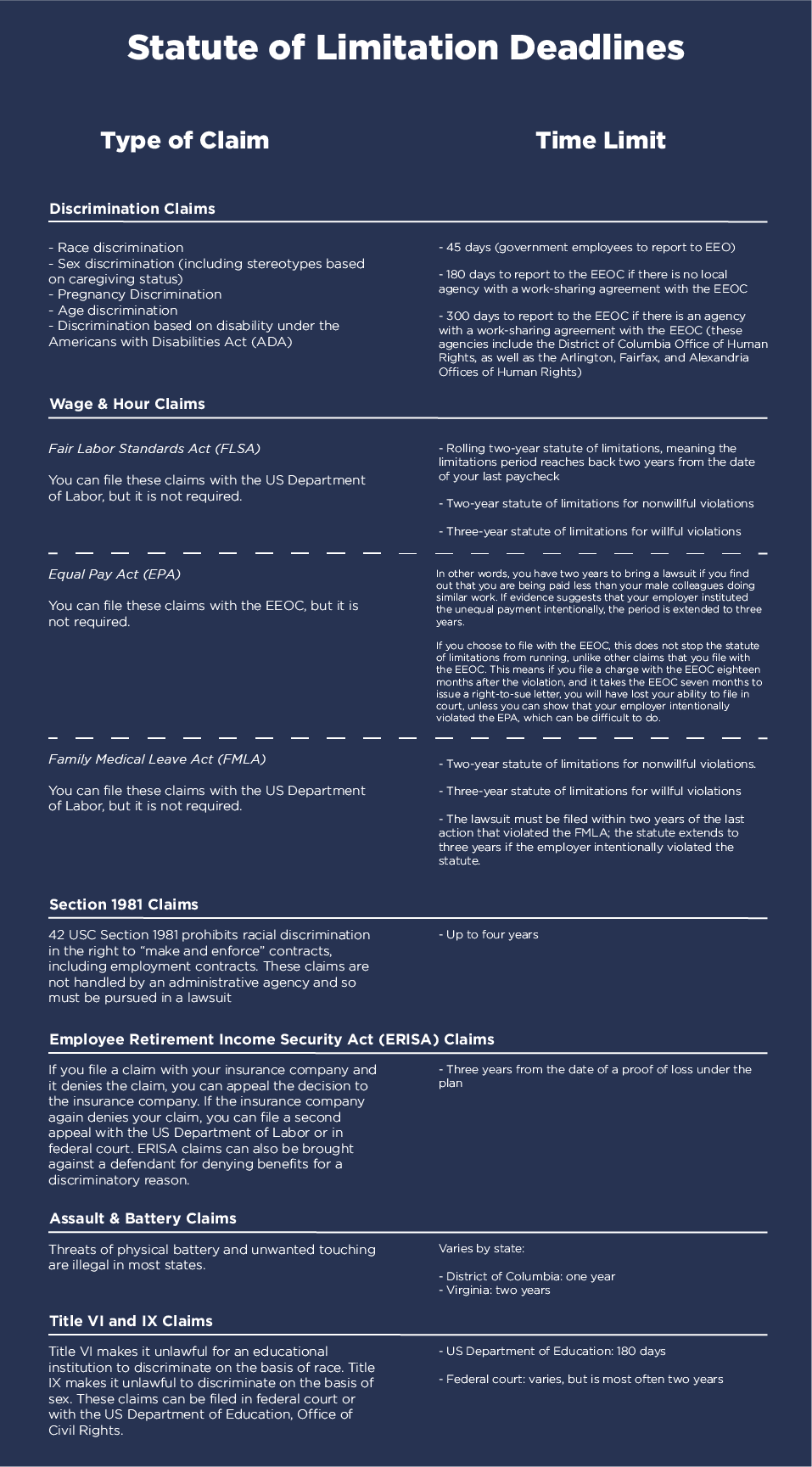 Do Not Hesitate to Bring Your Case Forward

Suppose you wait until the statute of limitations is nearly up, and other factors interfere with your ability to begin proceedings. In that case, you may never get to bring your claim against your employer.

So if you are looking to file a claim against a former or current employer, it’s best to reach out to a law firm as soon as possible. If you’re worried about your rights, fill out our no-cost online review today.