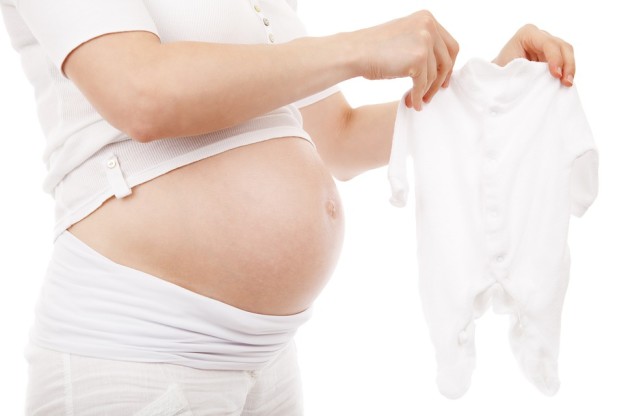 Is It Illegal to Be Discriminated Against During an Internship?

It is illegal to be discriminated against in employment and your education if the reason is bias against you because you belong to a protected class. Depending on the facts, an internship may or may not be considered employment.

In one case, a Michigan woman, Tina Varlesi, successfully claimed that her internship was affected by bias against her because of her pregnancy and that she suffered retaliation for discrimination complaints based on federal (Title IX) and state antidiscrimination laws affecting education. She prevailed even though her position was not considered a job.

What Is Title IX?

Title IX of the Education Amendments of 1972 protects people from discrimination based on sex in education programs or other activities that receive federal financial assistance. Title IX states in part that no person in the United States shall, on the basis of sex, be excluded from participation in, be denied the benefits of, or be subjected to discrimination under any education program or activity receiving federal financial assistance. Title IX applies to institutions that receive funding from the federal Department of Education, including state educational institutions like Wayne State University where Varlesi was a graduate student at its school of social work.

To comply with Title IX, educational programs and activities that benefit from federal funds must operate in a nondiscriminatory manner, including in the following areas:

Retaliation against any person for opposing an unlawful educational practice or policy, for filing charges, or for testifying in or participating in any complaint under Title IX is also prohibited.

In March, the U.S. Court of Appeals for the Sixth Circuit upheld a judgment for Varlesi against Wayne State. The three-judge panel refused to set aside the $848,690 jury award from the district court against the university. Varlesi contended, and the jury agreed, that she was discriminated against during a social work internship at the Salvation Army. Because she failed that internship, she could not graduate. The Salvation Army had previously settled Varlesi’s claims with her.

A university spokesman stated that the university was disappointed in the ruling and was reviewing the decision to decide whether it should appeal, according to the Detroit Free Press.

In 2006, Varlesi enrolled in the school’s graduate program in social work. She received excellent grades, and in her second and final year, Wayne State required Varlesi (like all graduate social work students) to obtain field experience. She originally had an internship at a Veterans Administration Hospital but left in the middle of the year. Varlesi next went to the Salvation Army, where she worked with men dealing with substance abuse issues.

Earlier that year, Varlesi became pregnant, and her fiancé left her. According to the court’s opinion, Joyce Stefanski, Varlesi’s supervisor at the Salvation Army, “addressed her obvious pregnancy immediately, ordering her not to drive after dark or in bad weather, questioning her marital status and living arrangements and announcing that though she had ‘had relations’ with someone, the men at the rehab ‘can look but they cannot touch.’” Other students were present for this paternalistic, “uncomfortable conversation.”

Stefanski continued this line of commentary about Varlesi’s pregnancy. Varlesi filed a complaint of pregnancy discrimination with Wayne State about her treatment. At a meeting with Stefanski about the complaint, Stefanski said she told Varlesi “repeatedly to stop ‘rubbing her belly’ and to wear looser clothing, and said that the men at the facility were being ‘turned on by her pregnancy.’” Wayne State administrators present told Varlesi that she should wear looser clothing.

A second meeting took place concerning the issues between Varlesi and Stefanski. Stefanski continued to complain about Varlesi’s tight clothes and belly rubbing, but there was no criticism of the quality of her work. Varlesi’s faculty advisor, Carol Premo, told Varlesi that Stefanski did not have the authority to fail her but scolded Varlesi for her discrimination complaint filed with the university’s Office of Equal Opportunity. Prior to the grade, and despite her problems with Stefanski, Varlesi was told she was doing well, and she received no warning of a failing grade.

In April 2008, Stefanski gave Varlesi a failing evaluation. It was the worst evaluation any social work student had ever received, according to the university. At trial, Varlesi’s attorney showed that the evaluation was procedurally deficient and that much of it was unsubstantiated, biased, and substantively untrue. After the evaluation, Varlesi complained to Premo that it was untrue, unfair, and discriminatory, but her complaints were not acted upon. Later that month, Premo gave her a failing grade, preventing her from obtaining her degree.

Varlesi filed a formal discrimination complaint with the university. It denied the complaint, claiming its School of Social Work had already investigated the issue. During the trial, the dean of the social work school, Phyllis Vroom, admitted that there had been no investigation. Varlesi also established that information critical of her had been skewed or fabricated, that the school’s procedures had not been followed, and that its approach and the harsh result were unique in the history of the social work degree program.

The university claimed that the trial court instructed the jury that Varlesi had only to prove that her protected activity was a “significant factor” motivating Premo’s retaliatory act, which was a mistake that warranted the decision being overturned. The appellate court did not see it that way. It explained that the actual instructions stated the jury had to find retaliation “because the student has engaged in a protected activity” and that “Plaintiff must demonstrate that her participation in a protected activity was a significant factor in Defendants’ adverse decisions.”

The judges found that at the time, the law required that the protected activity only had to be a “significant factor” (not the only reason) for the retaliation, and that is what the jury had found.

If you are being discriminated against in an internship because of your sex, pregnancy, parental status, or prior opposition to discrimination or because you filed a discrimination complaint at an educational institution that receives federal funds, you may have a cause of action under Title IX.

Depending on the facts, the internship may also be considered employment, and you may be able to use state and federal antidiscrimination laws. Under federal Department of Labor guidelines, to qualify as a bona fide internship (not employment), you must show the following:

If you have questions about whether your internship could be considered employment, education, or a combination of the two and you feel you have suffered sex or pregnancy discrimination or retaliation in the course of the internship, contact our office so we can talk about the situation, what laws may apply, and how your rights can be protected.