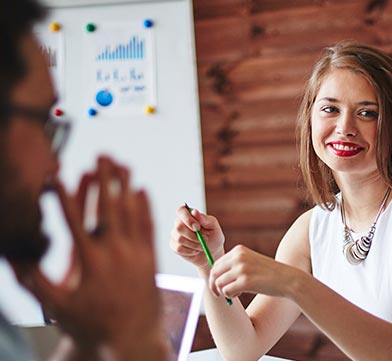 Equal pay for equal work. That’s how it’s supposed to happen but that’s not the reality for most women in the workforce. According to the White House website:

• Full-time women workers’ earnings are only about 77 percent of their male counterparts’ earnings. • The pay gap is even greater for African-American and Latina women. African-American women earn an estimated 64 cents and Latina women earning about 56 cents for every dollar earned by a Caucasian man. • No matter how data is evaluated, there remains a pay gap — even after factoring in the kind of work people do, or qualifications such as education and experience — and there is evidence that illegal discrimination contributes to the persistent pay disparity between men and women.

The news is not all bad for all women, but the good news doesn’t last. National Public Radio reports that in 2010, the analytics firm Reach Advisors reviewed Census Bureau statistics and discovered the median salary of single, childless women under the age of 30 was eight percent higher than their male counterparts (believed to be because more women go to college than men). But that’s the only group of women who have a pay advantage. Reach Advisors found that early advantage disappears later in women’s lives, especially if they have children.

One federal law created to address pay inequality is the Equal Pay Act (EPA). The EPA protects both women and men from sex discrimination in compensation, but the intent when it was passed was to help close the wage disparity suffered by female workers. As a practical matter this law is almost always used in situations where women are paid less than men for doing similar work.

The EPA requires that men and women in the same workplace receive equal pay for equal work.

• All forms of pay are covered by this law, including salary, overtime pay, bonuses, stock options, profit sharing and bonus plans, life insurance, vacation pay, holiday pay and other benefits.

• Employers must pay workers at the same rate, in a non-discriminatory way. But that doesn’t require that employees receive the same total amount of compensation. If one worker earns more than another because of higher productivity, for example, that doesn’t violate the EPA.

• If there is an inequality in wages between men and women, employers may not reduce the wages of either sex to equalize their pay.

To successfully challenge pay rates under the EPA, the plaintiff must show:
• The employer paid higher wages to men than to women.

• Men and women performed the work under similar working conditions.

The law spells out four defenses for employers. Higher pay for a male employee is permissible if the employer can establish that payment is based on:
• A seniority system.

• A system where earnings are based upon the quantity and quality of production by the employees.

• Any factor other than the sex of the employees.

A person claiming the EPA was violated may go directly to court and is not required to file an Equal Employment Opportunity Commission (EEOC) charge first. There is a deadline of two years from the alleged unlawful compensation practice or, if a willful violation is alleged, three years, to file a charge with the EEOC or court.

It’s rare that two or more jobs are identical and that’s not necessary to be shown for courts to consider them equal.

• If two people perform the same work, titles or job descriptions aren’t important. What is important is the duties the employees actually perform.

• Courts find the biggest challenges when determining a case where two jobs are basically the same but one includes a few extra duties. It’s legal to pay more for the performance of extra duties, but employers can find themselves in trouble if a court finds higher paying jobs with extra duties are consistently performed by those of one gender.

EPA and Title VII of the Civil Rights Act: Different Tools That Can Address the Same Problem

Title VII of the Civil Rights Act is also a federal law that prohibits wage discrimination based on gender, as well as all aspects of employment, including hiring, firing, promotion, and more. The law prohibits other forms of discrimination, including that based on race, color, religion and national origin.

Where both Title VII and the EPA apply, the EPA offers some potential advantages for plaintiffs, including:

• The ability to file a lawsuit under the EPA without first filing a complaint with the EEOC.

• Unlike Title VII, the EPA does not require proof that the employer acted intentionally when discriminating, which may make it much easier to win an EPA case court.

Title VII has some advantages for plaintiffs, the most important is the potential to be awarded more money. Under Title VII, potential damages include the wages you lost, pain and suffering (compensatory damages), attorneys’ fees and costs. The EPA does not offer these compensatory damages, but in some cases double the amount of wages lost can be awarded as a penalty against the employer.

Are You Being Paid Equally for Your Work?

If you have any questions about the Equal Pay Act, differences in pay and compensation between you and your co-workers and the possibility those differences may be based on your sex, contact the Spiggle Law Firm so we can talk about the situation and your legal options. All consultations are free and confidential.