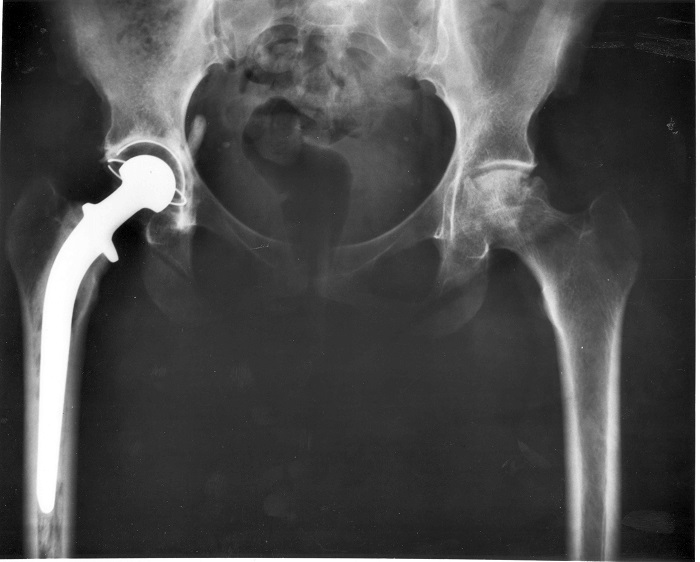 This is a guest post by Clay Hodges, a trial lawyer who specializes in products liability and personal injury law with the firm of Harris Sarratt & Hodges LLP in Raleigh, NC. He writes about failed medical devices and harmful drugs here.

My clients have had to endure physical and emotional trauma when their artificial hip surgery fails. In addition, they often lose their jobs or can’t return to a normal schedule because of their new physical challenges. For most people, losing a job or being forced to reduce work hours can be disastrous for their family’s finances. Sadly, job issues are a major problem when a client gets a bad result from hip replacement surgery. However, you may well be protected by law from bad employment actions when a medical device like an artificial hip fails.

The ADA Should Protect Employees Impaired After Failed Hip Surgeries

An employer cannot fire you for a physical disability. The Americans With Disabilities Act (ADA) defines a person with a disability as one who:

Although courts have not settled this question, I believe an artificial hip failure now qualifies as a physical impairment under the ADA. I found one case that dealt with a claim under the ADA following hip replacement surgery, but that was decided under an older version of the statute, and I have optimism about the current state of the law. Let’s look at that case.

In Teresa Kotwica v. Rose Packing Co., the Court of Appeals for the Seventh Circuit held that hip replacement surgery did not qualify as a disability protected under an older version of the ADA.

Teresa Kotwica had hip replacement surgery in December 2005. Twelve weeks later, she attempted to return to her position as a laborer with Rose Packing. Kotwica’s doctor sent a letter to her employer stating that Kotwica would be unable to perform many of the physical activities associated with her position as a laborer. Rose Packing responded by stating that this would mean Kotwica could no longer perform her job duties. The physician revised his letter to note that Kotwica should avoid “‘heavy lifting, squatting, crawling or climbing’ and that she could not lift more than twenty-five pounds.”

on did not violate the ADA because Kotwica failed to “produce evidence indicating that her hip problems substantially limited her ability to engage in a major life activity.” It seems Kotwica was between a rock and a hard place in bringing her claim under the old statute: she had to assert that she could perform the job, which meant under the ADA she was not considered disabled.

The Kotwica case was decided under an older version of the ADA statute. Under the current version of the statute, the language has broadened and become less restrictive. Thus, people undergoing hip replacement surgery and then suffering from a failure of the artificial hip should qualify for protection because “disability” has a broader and more inclusive meaning, and Kotwica would simply have to establish that she was fired from her job because hip problems affected her ability to do her job.

The takeaway is this: if your artificial hip fails, you may well have employment challenges in addition to your health challenges. And both of these challenges can quickly turn into money problems. If you are fired from your job, or if your hours are reduced, you will want to discuss the matter with an experienced employment discrimination attorney.

When you sue a manufacturer for money “damages” after artificial hip components fail, one of the key areas of compensation for this injury is lost earnings. In every case I bring, if my client was out of work, even for a short time, I seek lost earnings in the lawsuit. Of course, you must have evidence of the time away from work and the actual loss of income. For example, if a client with a failed artificial hip has been a stay-at-home mom for 15 years (which is a very difficult and demanding job that unfortunately does not yield a quantifiable salary), then I can’t seek compensation for lost wages. However, if a client with a failed hip worked as a car salesman, and his manager fired him because he could not stand on an unforgiving asphalt car lot for nine hours each workday, then all losses flowing from that firing could be compensated in the product liability case. In that situation, the car salesman may also have a strong wrongful termination claim.

In the DePuy ASR Hip Master Settlement Agreements (which are ongoing), provisions have been made to compensate injured individuals for lost earnings. If you qualify, you should be able to receive a lost earnings benefit up to $150,000 in total separate recovery. To be eligible, you will need proof of your partial or total disability, along with evi

dence of your income for the two years prior to the original (“index”) surgery. Some of the documentation requested for this claim would include a letter from your employer, medical records from the treating surgeon, year-end tax documentation (all tax returns that would show diminished earnings), and any other evidence that supports your position that you missed work, lost a job, or otherwise lost income because of the failed hip surgeries.

In this article, I focus on lost earnings in the context of a failed artificial hip, but please understand that lost earnings are a valid source of compensation for all other failed medical devices and harmful drugs. For example, women who were out of work because of medical complications following the implantation of transvaginal mesh would absolutely need to seek compensation for these lost wages or lost salary. The same holds for those injured by defective artificial knees or harmful drugs like testosterone or Vioxx.