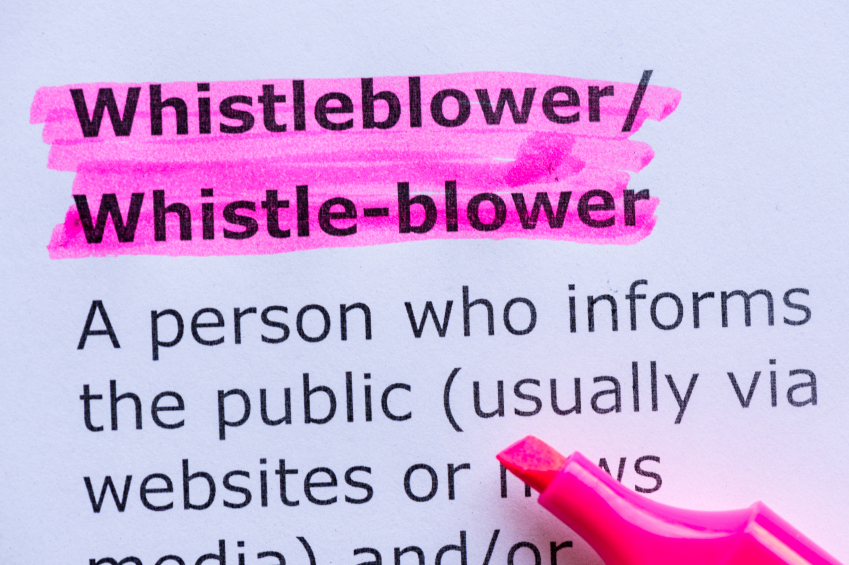 Doing the right thing isn’t always easy. Many employees witness illegal or unethical conduct in their workplace, few are brave enough to report these actions to higher management or a government agency. Some of those who take a stand end up being punished by management as a result. Depending on the circumstances, those employees may have legal rights that the Spiggle Law Firm can protect.

Many Laws Protect Employees Who Report Wrongdoing by Their Employer

Under federal law, there are civil rights and anti-discrimination laws that make it illegal for an employee to be discriminated against for seeking protection of these laws, testifying at such proceedings or aiding the investigation of such charges. There are similar federal protections for employees who report anti-trust, environmental, employment discrimination, labor law, toxic waste, tax law, clean water and equal pay law violations.

The False Claim Act (FCA) is one of the better known federal whistleblower laws. The FCA allows a private individual (the relator) who knows about past or present fraud on the federal government to sue on behalf of the government to recover stiff civil penalties and triple damages in legal actions known as qui tam cases. They can include a wide range of cases involving defendants accused of defrauding the government.

Most forms of intentionally or knowingly cheating are considered fraud. It’s a fraud when,

If the qui tam suit succeeds,

The FCA includes legal protections for those who report or speak out against fraud perpetrated against the federal government.

A person who’s involved in whistleblowing activities needs to be extremely careful and should retain experienced legal counsel because the cost of mishandling a possible FCA case could be high.

Some federal employees who disclose information about fraud and mismanagement by the government may receive protection from retaliation through the Whistleblower Protection Act (WPA). It applies to most federal executive branch employees and goes into effect when action is taken by whistleblowers who,

Those protected by the law include those who,

There are limits on disclosures,

The WPA protects employees from reprisals in the form of an agency taking or failing to take a “personnel action.” This covers a broad range of actions by an agency having a negative or adverse impact on the employee.

There are four forums or proceedings where whistleblower protections can be raised in,

Laws Prohibit Retaliation Against Those Who Oppose Discriminatory Employment Practices

Both federal and state civil rights laws prohibit retaliation against those who complain about and/or oppose an employer’s discriminatory practices. The whistleblower in these cases may or may not be the subject of the underlying discrimination. The person only needs to speak out or take acts in opposition to the discrimination.

It would need to be shown that these words and/or actions motivated management to take tangible employment actions against the employee (fire, harass, discipline, demote, cut pay or fail to promote) and that the employee suffers damages as a result.

A successful lawsuit by an aggrieved employee could result in an order reinstating the person to his/her former job, back pay, emotional distress damages and attorney’s fees.

If you’re in a position where you think something wrong is happening where you work and you want to do something about it, talk to us at The Spiggle Law Firm at 202-449-8527 so we can discuss the situation, how to best proceed and your legal protections. If you’ve already reported wrongdoing to management or a government agency and are suffering reprisals as a result, call us so we can talk about what’s going on, your rights and your options on how to best protect yourself