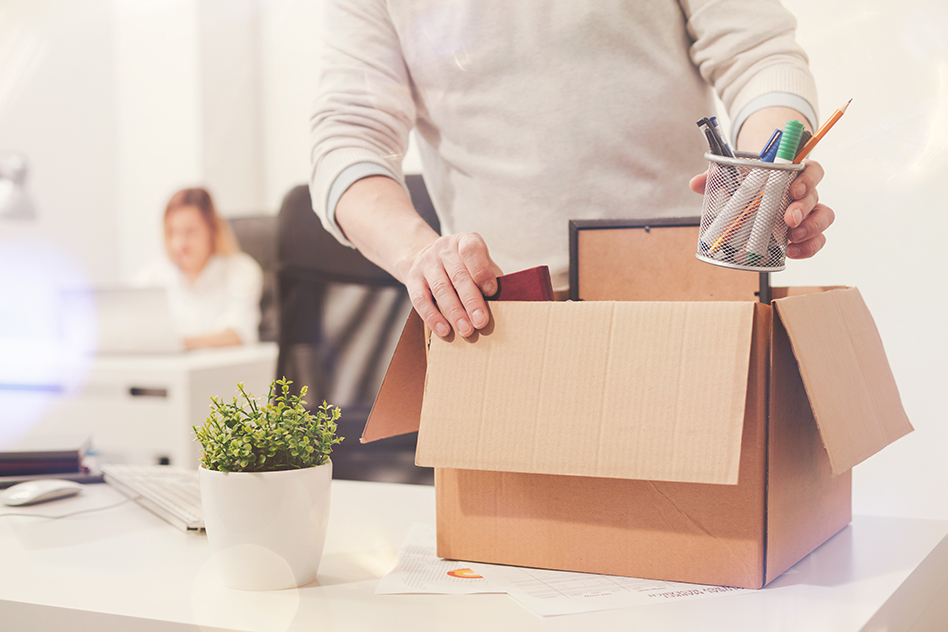 The Four Critical Mistakes People Make When Quitting A Job

It might be an understatement, but it’s safe to say that the coronavirus dramatically affected the employment landscape. One of the biggest ways is in the increase in telecommuting and the workers’ desire to continue using it. For example, almost 40% of workers say they would consider quitting their current job if they couldn’t continue working remotely at least part-time.

But not all employers are happy to have so many employees working from home. Many companies, such as those on Wall Street, want their employees back in their offices as soon as possible. So it looks like we might see a situation where a relatively large proportion of employees will quit. In fact, it looks like this trend has already begun.

The U.S. Bureau of Labor Statistics (BLS) reported that 4 million people voluntarily quit their jobs in April 2021. This is the highest number ever reported to the BLS since they started recording this statistic in 2000.

If you’re thinking about quitting your current job, there are four potential legal mistakes you could be making if you’re not careful.

Before deciding to quit, make sure you identify if any of these employment agreements apply to you. If they do, confirm your understanding of how they will affect you at your new job.

When negotiating the details of your departure, see if you can renegotiate these agreements. For instance, you might forego certain benefits or bonuses in return for reducing the length of time a restrictive covenant applies to you.

Mistake #2: Forgetting About the Employment Contract

Most workers in the United States are employed at-will. This means that subject to a few exceptions, they can be fired or quit at any time and for any reason (or no reason at all). So it’s sometimes possible for people to forget that they might be working subject to an employment contract.

These contracts will set out the terms of your employment, including how long you will work for your employer. They may also list conditions that must be met, like completing a specific project. Then there could be provisions that set out the amount of notice you must provide your employer if you decide to quit.

If you decide to quit in a manner that violates your employment contract, you could be sacrificing a lot more than you anticipate. There could be a future bonus that you’re forfeiting or liquidated damages that you could be subject to. There’s also the possibility that your decision to leave could impose certain financial losses on your employer.

For example, let’s say you were earning $8,000 per month for 12 months under your contract. But then you decided to leave after six months in breach of your contract.

This meant your employer had to find your replacement to work for them for the remaining six months. Yet due to the desperate need for your replacement, they had to pay this new person $10,000 per month.

If your employer decided to sue you for breach of contract, part of their claimed damages would include $12,000. This amounts to the extra $2,000 a month they had to pay the replacement worker for six months. If applicable, they might also have a legal claim for lost profits, as well as reimbursement of attorney’s fees and court costs.

Most of you already know that if your employer gave you a company car, smartphone or laptop, you probably need to return those things when you quit. But what about client lists, trade secrets or other forms of valuable information that you might already have in your head or on your computer at home?

Oh, you never signed a non-solicitation or non-disclosure agreement, so you can do whatever you want with that information? Not so fast. There are still two potential legal hurdles that may prevent you from taking advantage of that information.

First, using that information could be a breach of a fiduciary duty. Some states have laws that could make certain activities, such as taking a former employer’s clients, a violation of an employee’s fiduciary duty to his or her (former) employer. This could apply even if no restrictive covenant prohibited it.

Second, there could be laws in place specifically prohibiting what the employee wants to do. In the case of intellectual property, there’s the Defend Trade Secrets Act of 2016 (DTSA). This law provides, among other things, employers with a federal civil cause of action against their current or former employees for trade secret misappropriation. There may also be state trade secrets laws that apply to any attempt by a former employee to misuse trade secrets.

Mistake #4: Quitting Before Getting Wrongfully Terminated

Working may not be the most pleasant experience. But that doesn’t mean it’s okay for employers to mistreat their employees, especially when the mistreatment violates state or federal law.

Sometimes, the discrimination, harassment or retaliation could get so bad at work, you want to quit. That’s certainly your decision, and a very personal one. However, before you quit, make sure you fully understand the context in which you’ve made this decision.

Specifically, are you quitting before you think you might be wrongfully terminated in the near future? Maybe you filed a complaint at work about the discrimination you felt you were facing. And ever since you made the complaint, your boss has been giving you fewer and fewer assignments, under the guise of less work being available.

If you feel that you’re about to get fired in retaliation for filing that complaint, it may be best not to quit. It will significantly hinder your ability to argue that you were wrongfully discharged as well as reduce the amount of evidence you’ll have if making a retaliation claim. Additionally, even if you have a successful lawsuit, your damages will be reduced because you won’t be eligible to recover lost wages.

This article isn’t about trying to convince you that you shouldn’t quit your job. Rather, its purpose is to identify potential considerations you may have overlooked when you decided to resign. Whether it’s talking to your spouse one more time about leaving your job or doing some research online about your employment rights and obligations, you want your decision to quit to be as informed as possible.