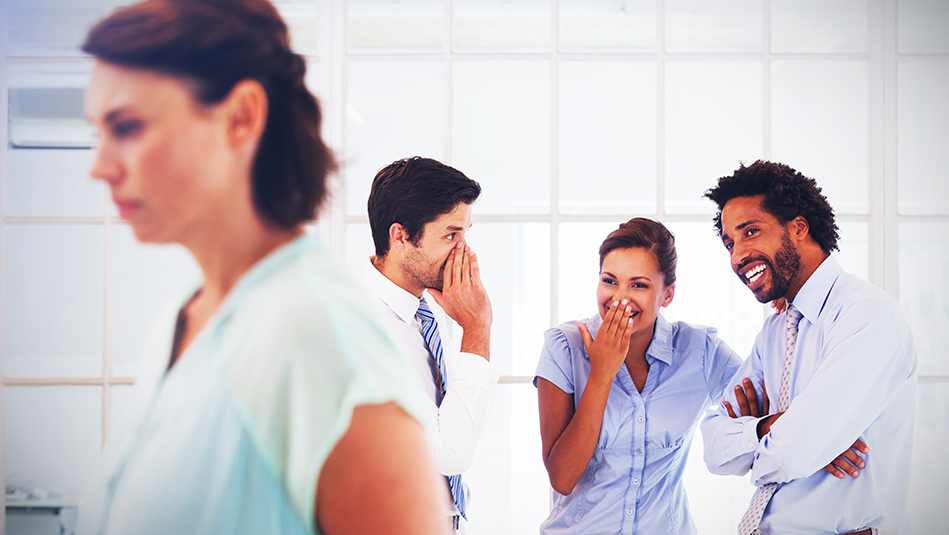 Joking vs. Harassment in the Workplace: Where’s the Line?

Humor provides a way for coworkers to bond with each other and cope with the stresses of work, but coworkers and managers need to be cautious when cracking jokes on the job.

There’s a thin line between humor and harassment in the workplace — and it’s easy to cross it.

A study conducted at Harvard Business School by Dr. Michael Yeomans found that people aren’t good at predicting what others find funny. This study included couples who had known each other for years; yet, on average, a statistical prediction model did better at predicting what each member of each pair found humorous.

So even if you think your joke is innocent and light-hearted, others may perceive it as offensive. In many cases, these jokes could even be considered harassment.

When Does Joking Become Harassment?

Legally speaking, harassment is a type of employment discrimination that violates Title VII of the Civil Rights Act of 1964, the Age Discrimination in Employment Act of 1967 (ADEA), or the Americans with Disabilities Act of 1990 (ADA).

But what constitutes harassment?

According to the US Equal Employment Opportunity Commission, harassment is any unwelcome conduct based on protected characteristics — race, color, religion, sex (including pregnancy), national origin, age (40 or older), disability, or genetic information.

The victim doesn’t need to be the person targeted — it can be anyone who takes offense at the conduct.

Jokes fit this definition of unlawful harassment when they meet one of the following conditions:

Petty slights, annoyances, and non-serious isolated incidents are generally not harassment. For example, let’s say your boss or a more senior coworker at a brand new job calls you “rookie” to poke fun at novice mistakes you make.

This name-calling may annoy you, but it is generally not considered harassment, even if they do it a few times during a probationary period. However, if it constantly happens and makes you feel unwelcome at your workplace, you might have a harassment case.

More severe incidents — such as a joke involving a racial slur — are serious enough to be considered harassment after a single occurrence. A joke of this nature immediately creates a hostile work environment for the person affected.

Some states and localities have stricter harassment laws than the EEOC’s, too. Jokes that the EEOC does not consider harassment may violate these state or local laws.

What To Do If You Experience Harassment

If you experience or witness any form of harassment, first ask the harasser to stop. Sometimes, for jokes, all it takes to make someone stop is a firm but polite request to do so. But not always.

If HR cannot sufficiently handle the issue, contact the EEOC or your state’s anti-discrimination agency.

Many people subject to harassment are worried about the harasser(s) or the company retaliating if they report the issue; however, workplace harassment laws protect you from this reactionary behavior. If you file a harassment claim in good faith, any action from the employer that has an adverse effect on your employment is illegal—even if the claim turns out to be unfounded.

For example, getting fired for an unrelated excuse a week after reporting harassment is considered retaliation. An unfair negative performance review or being reassigned to a less favorable project may also be regarded as retaliation.

Positive changes aren’t usually retaliation, though. For example, it’s not retaliation for your boss to begin acting more professionally towards you after reporting them for harassment.

Humor can provide many benefits in the workplace, but it’s still a professional environment. It’s good to always err on the side of caution. And if you feel like a joke has been made one too many times at your expense by a coworker or a manager, speak up, lest you suddenly need to take legal action to feel comfortable again at work.