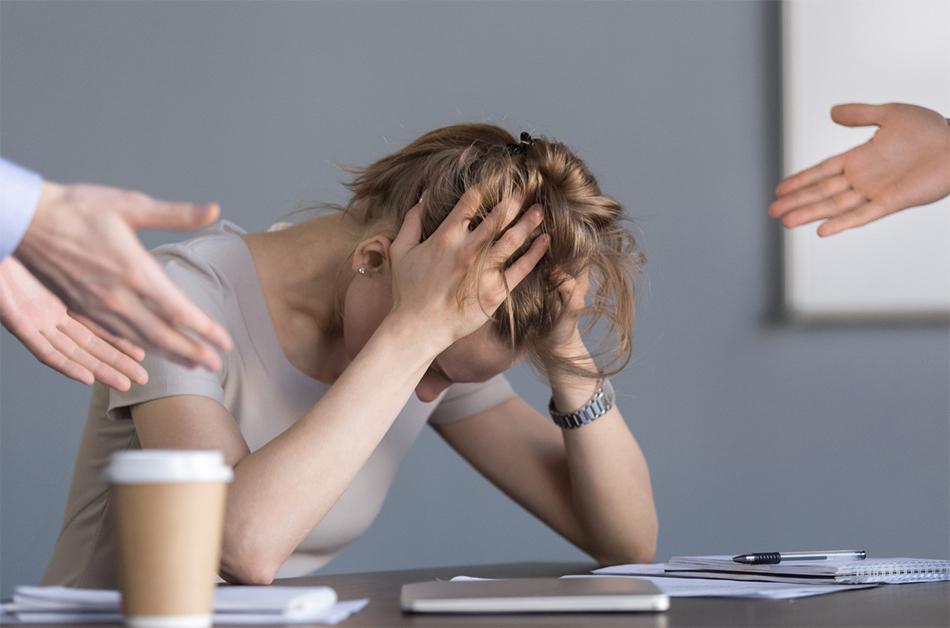 What Is an Adverse Employment Action?

In most discrimination or retaliation employment cases, the harm suffered is pretty clear. Maybe you get denied a pay raise. Perhaps your boss touched you inappropriately. Or in one of the most obvious cases, you’re denied a new job or get fired from your current one.

Whatever a court decides to call what happens to you, it reflects the idea that the unlawful conduct must meet some sort of “threshold” to be legally actionable. But at what point is a retaliatory or discriminatory act bad enough to be illegal?

In this blog post, we’ll attempt to answer that question. Unfortunately, there’s often no quick and easy way of concluding if what an employer did was severe enough to warrant legal relief.

How the Law Defines an Adverse Employment Action

The precise legal standard will depend on which law applies. There are numerous federal and state anti-discrimination employment statutes. In this blog post, we’ll focus on the major one: Title VII of the Civil Rights Act of 1964 (Title VII). What applies for Title VII will usually apply to many other employment laws that prohibit discrimination or retaliation.

With respect to retaliation under Title VII, a claim is actionable if there is a “materially adverse action” against the employee. The U.S. Supreme Court defined this as conduct that is harmful enough that it “could well dissuade a reasonable worker from making or supporting a charge of discrimination.”

As for discrimination under Title VII, an individual can sue if the discrimination had an adverse effect on the terms, conditions or benefits of employment.

These sound straightforward enough, right? But when you try to apply these definitions to real-world situations, it can result in uncertainty or unfairness. One reason for this is because each case has its unique set of facts.

Unless you suffer exactly the same type of discriminatory conduct as a previous plaintiff who successfully proved discrimination, there’s always a chance a judge or employer will believe that your situation is different and that the earlier case’s legal precedent shouldn’t apply to you.

Therefore, it’s easy for seemingly identical cases of discrimination or retaliation to go in opposite directions because of one tiny little difference in the facts. And how the law decides to treat that one little fact could differ from court to court.

The more probable examples of legally actionable adverse employment decisions include situations where your employer:

If you suffer retaliation or discrimination in any of the above forms, practically all federal courts will find that you were the victim of an adverse employment action. But remember the above actions must be due to a protected trait or characteristic.

For example, if your boss fires you because they don’t like the car you drive, you’re definitely a victim of an adverse employment action. However, the kind of car you drive is not a legally protected trait. Therefore, you can’t sue for unlawful discrimination due to your firing.

Conduct That May Not Constitute Adverse Employment Actions

Things get tricky when retaliation or discrimination takes the form of conduct that “doesn’t seem so bad.” For instance, imagine your employer didn’t like your religion, so they discriminated against you by refusing your request for a lateral transfer. Let’s also assume that had you been granted the request, your pay and benefits would have remained the same, you would have worked in the same office, had the same schedule and the new job would have carried the same level of prestige among your coworkers and the general public.

For example, if a transfer request is to a job with higher pay, more reasonable working hours (day shift instead of night shift), more prestige or increased management responsibilities, then there’s a good chance a court will decide the transfer denial was an adverse employment decision or action.

Many employees understand that being subject to a performance improvement plan (PIP) is usually the first step before they get sacked. Despite this, many courts have held that the employer’s decision to put the employee on a PIP is not an adverse employment action, even if motivated by improper retaliatory or discriminatory intent. But if the PIP is accompanied by a reduction in compensation or employment status, then there’s a far greater chance that an adverse employment action exists.

Another factor to consider is the reasonableness of the employee’s response to it. Is it perfectly reasonable for someone to get upset when their request for a promotion is denied? Absolutely. But has an employee suffered objectively tangible harm if the employee’s supervisor gives them the 8 a.m. to 4 p.m. shift instead of the 9 a.m. to 5 p.m. shift? Probably not.

Most courts probably won’t view this one-hour difference in schedules as resulting in objectively tangible harm, even if the employee claims the decision is motivated by an unlawful reason. Therefore, the court will conclude that there is no adverse employment action. Of course, there could be additional facts that might change things a bit.

For instance, let’s say the employee wants his shift to begin at 9 a.m. so he can take his child to school before work. His boss knows this, but despite it making no difference to the boss or the employee’s coworkers, he gives the employee the shift that starts at 8 a.m.

When the employee asks his boss why he did this, the boss says, “I don’t like a man doing a woman’s job, such as taking care of kids.”

Things could be different in this hypothetical because there are facts known by both sides to show that the one-hour schedule difference is an objective and tangible adverse employment decision. The discriminatory reason for that decision is also perfectly clear.

It might not be fair, but courts won’t always recognize a retaliatory or discriminatory action as being legally actionable. Courts require the unlawful behavior to reach a certain level before they will conclude it constitutes an adverse employment action.

For a court to agree that an employee should recover for an instance of discrimination or retaliation, they will want to confirm that the employer’s conduct resulted in a change in the terms, conditions or benefits of the job. Additionally, this change must be objectively adverse to the employee.