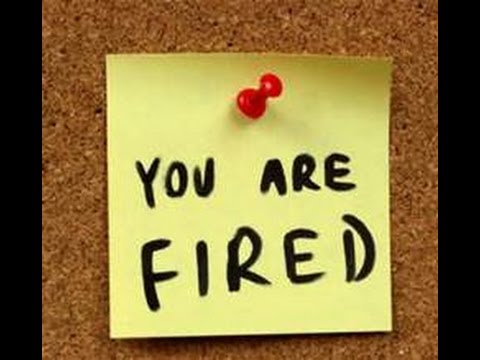 Is Retaliation for Taking a Medical Leave Illegal?

Wal-Mart is the home of everyday low prices. For some employees, it is also the home of illegal employment practices. One Wal-Mart assistant manager found out the hard way that taking medical leave meant getting fired. A New Jersey jury and a federal appellate court found in the manager’s favor, and the company found out the hard way that treating employees like merchandise can have a high price.

The Leave of Absence

Barry Boles, a long-time Wal-Mart employee, worked as an assistant manager in a New Jersey store. In 2011, he started having problems with one of his legs. What first appeared to be a blister later became a five- to six-inch-long ulcer. Boles went first to the emergency room, then to a dermatologist. The two physicians stated that he needed to be out of work from May 8 to 21. His doctors faxed paperwork to the store. In turn, the store sent Boles Family and Medical Leave Act (FMLA) forms to fill out.

Boles saw his dermatologist on May 20. She wrote to Wal-Mart that Boles could not work for at least another month. After getting her note, store manager Mike Ciechalski e-mailed Quawad McDonald, the human resources manager, asking, “Why we are not terminating [Boles] at this time?” McDonald replied, “Terminating [Boles] would be a violation of company policy.”

On July 13, the company put Boles on unpaid leave because he failed to turn in paperwork to support his leave of absence. The store received the forms on July 28. The anticipated end date of the leave was September 10, but his dermatologist stated that she expected Boles to be able to return to work in October or November. Wal-Mart approved his leave until September 29.

At trial, McDonald admitted that he received a text message from Boles in early October stating that he would come to work after his dermatologist released him. McDonald testified that Wal-Mart called Boles in September and October, but Boles’s phone records showed he did not receive any phone calls from the store during this time.

Coming Back to Work and Getting Fired

Boles came back to work on October 24; however, he could not log into his computer. Ciechalski told Boles to talk to McDonald, but McDonald ignored his calls. Around October 29, Boles received a notice that the store had fired him as of October 25 due to his alleged “failure to return.”

The jury found the following facts to be true:

Boles filed a legal action claiming retaliation for taking medical leave under the New Jersey Law Against Discrimination (NJLAD), disability discrimination under the NJLAD, and interference with his rights under the FMLA. By the trial, only two claims remained: retaliation and the failure to accommodate Boles’s disability because of a refusal to grant a medical leave. The jury dismissed the failure to accommodate claim but found that Wal-Mart retaliated against Boles. Boles satisfied the four parts of a retaliation claim under the law:

Wal-Mart Asks for Too Much on Appeal

Wal-Mart appealed the jury’s decision and the award of attorneys’ fees. The U.S. Court of Appeals for the Third Circuit dismissed the appeal. The company tried to argue that there was insufficient evidence to support the verdict. Usually, this is a difficult argument because appellate judges give juries and trial judges a lot of leeway in making their decisions. To succeed, Wal-Mart needed to show that “the record is critically deficient of that minimum quantity of evidence from which a jury might reasonably afford relief.”

Given the actions of Ciechalski and McDonald, the appellate court ruled that management participated in wrongful conduct. Because the court also found evidence that their conduct was especially egregious, it supported the jury’s decision to award punitive damages. The court also upheld the attorneys’ fees award because Boles succeeded in a significant issue (retaliation) and achieved some benefits ($200,000 in damages).

Retaliation can come in many forms, but none is more blatant than being fired.

If you believe your employer has retaliated against you because you took a medical leave, contact our office so we can talk about your situation, about how the law may apply, and about the best ways to protect your legal rights and interests.