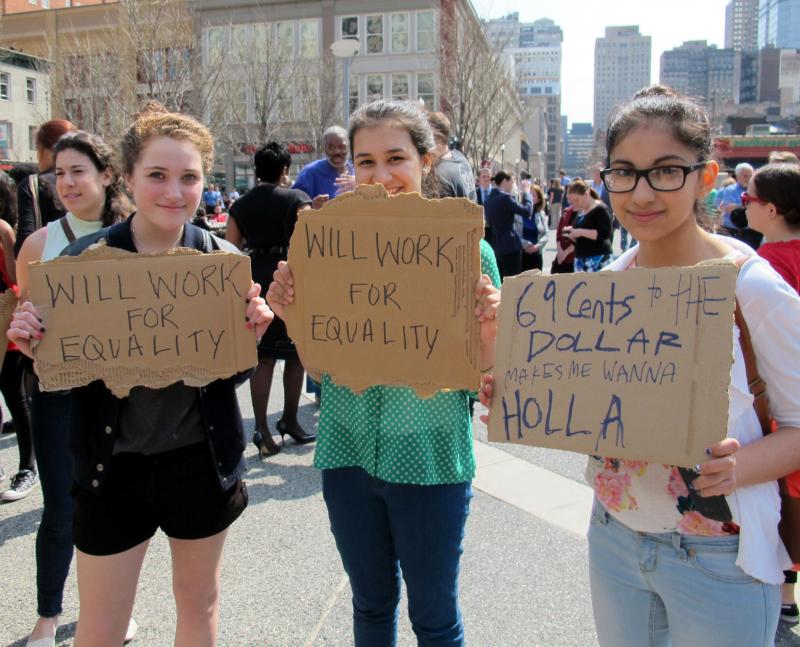 Asking a co-worker what he or she earns is generally considered an office faux pas. But in some situations, it may be the only way an employee can figure out what might be fair pay for that organization or company.

But why would an employee, especially a female one, worry whether she is getting paid the same or a comparable amount as her male counterpart who does the same job? Because despite the advances women have made in the workplace, a gender pay gap still exists.

Even though the Equal Pay Act of 1963 (EPA) outlaws sex discrimination within the compensation context, states are still allowed to enact their own laws that provide additional protections. Maryland has decided to do this.

Maryland has joined a select few states that have recently passed equal pay laws that have expanded the rights of employees to receive equal pay regardless of sex. Maryland’s version of the law is called the Equal Pay for Equal Work Act (EPEW Act) and amends existing Maryland equal pay law. The EPEW Act went into effect on October 1, 2016 and is one of the most stringent in the nation. It attempts to further eliminate wage discrimination on several fronts.

Under the earlier Maryland equal pay law, wage protections only applied to discrimination on the basis of sex. Now, under the EPEW Act, pay discrimination is prohibited based not just on sex but also on gender identity.

Front #2: Broadening the Definition of “Wage”

When determining whether an employee is making less money on the basis of sex or gender identity, the EPEW Act looks not only at salary but also at other “advantages provided to an employee for the convenience of the employer.” Basically, the total compensation package is what matters, not just the actual paycheck.

Front #3: Allowing Employees to Compare Themselves to Those in Separate Offices

Before the EPEW Act, employees could only compare themselves to similar employees in the same office. But employees will soon be able to compare their pay to that of co-workers in separate offices, as long as the office is in the same county.

Front #5: Employees Are Allowed to Ask Others About Salary Information

One way employers were able to get away with paying similar employees substantially different wages was because no one knew for sure what anyone else made. Many employees went so far as to explicitly ban employees from discussing their compensation with each other.

The EPEW Act now makes it illegal for employers to prohibit employees from sharing salary information, subject to a few exceptions, such as when it’s not done voluntarily or when salary information is gleaned from co-workers to share it with the employer’s competitors.

The EPEW Act also protects employees who question their employers as to why the employee is making a particular wage and encouraging other employees to exercise their rights under the EPEW Act.

To give the EPEW Act some teeth, Maryland’s legislators allowed victims of illegal pay discrimination to sue not just for themselves but also on behalf of those similarly situated. Plaintiffs can also recover liquidated damages in addition to damages equal to the difference in pay.

As encompassing and powerful as the EPEW Act is in protecting employees, it also provides several defenses to employers for allowing differences in pay among employees. The EPEW Act will allow employers to pay one employee more than another employee as long as the pay difference is due to one of the following:

Maryland has enacted one of the most progressive equal pay laws in the country, called the Equal Pay for Equal Work Act (EPEW Act), which went into effect on October 1, 2016.

A few of the major ways the EPEW Act protects employees from pay discrimination are as follows:

The EPEW Act is enforceable by employees who have suffered pay discrimination and on behalf of those similarly situated.

The EPEW Act will allow employers to provide for differences in employee pay, but only if it is not due to sex of gender identity and is the result of one of the following: