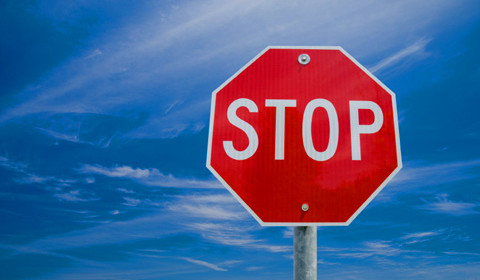 If I Tell My Boss to Stop Harassing Me, Am I Protected Against Retaliation?

Discrimination and employment laws normally have some kind of anti-retaliation provision. They state that if you engage in a protected activity (complaining about or reporting an illegal activity or cooperating in an investigation of it), you shouldn’t suffer as a result. A recent federal appeals decision ruled that when three women told their direct supervisor to stop his sexual harassment and a male employee warned the supervisor he should stop, it triggered the protections of the anti-retaliation protections of the federal Title VII law (which makes it illegal to discriminate against women, including sexual harassment).

The appellate court upheld the trial court’s 2013 decision that employer New Breed Logistics needed to pay about $1.5 million due to sexual harassment and retaliation that four employees suffered. The court found that New Breed retaliated against all four employees and ruled for the plaintiffs on the three females’ claims of sexual harassment. The Equal Employment Opportunity Commission (EEOC) filed the lawsuit in federal court in Memphis, Tennessee in 2010. The U.S. Court of Appeals for the Sixth Circuit heard the appeal and issued its decision in April.

New Breed is a supply-chain logistics company with a warehouse in Memphis. James Calhoun was a supervisor in its receiving department. Tiffany Pete and Jacquelyn Hines worked for him in shipping, and Capricius Pearson and Christopher Partee worked in receiving. They were all temporary employees.

Calhoun repeatedly made sexually suggestive comments to Pete, Pearson, and Hines, some of which were overheard by Partee, according to the appellate court’s decision.

The appellate court found that all four lost their jobs in quick succession. Evidence at trial showed Calhoun was directly or indirectly involved in each employee’s termination. The trial court found, and the appellate court saw no reason to overturn, that the company’s reasons for the termination were a pretext—they were not valid and simply used to cover up the retaliation—for discrimination. Those reasons included tardiness, failure to perform, and not clocking in and out properly.

New Breed contended that the employees didn’t engage in protected activity before they were fired and that it wasn’t enough for the victims of Calhoun’s harassment to tell him to stop. The appellate court didn’t agree, despite other court decisions supporting the company’s position. Instead, it ruled that protected conduct “can be as simple as telling a supervisor to stop.” The court found this was the most basic form of objecting to harassment and needed to be protected:

The language of the “opposition” clause of Title VII’s anti-retaliation provision states that “it shall be an unlawful employment practice for an employer to discriminate against any . . . employee[] . . . because [the employee] opposed any practice made an unlawful employment practice.” 42 U.S.C. § 2000e-3(a). In Crawford v. Metropolitan Government of Nashville & Davidson County, Tennessee, the Supreme Court held that “[t]he term ‘oppose’ being left undefined by the statute, carries its ordinary meaning: ‘to resist or antagonize . . . ; to contend against; to confront; resist; withstand.’” 555 U.S. 271, 276 (2009) (citing Webster’s New Int’l Dictionary 1710 (2d ed. 1958)) (additional internal citation omitted). Consistent with this expansive definition, we have held that “[t]he opposition clause protects not only the filing of formal discrimination charges with the EEOC, but also complaints to management and less formal protests of discriminatory employment practices.” Laster v. City of Kalamazoo, 746 F.3d 714, 730 (6th Cir. 2014).