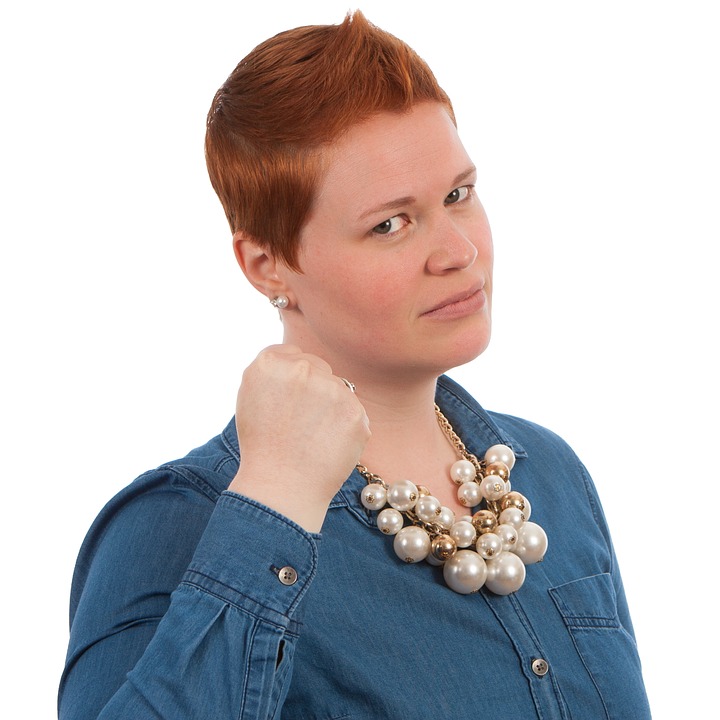 Have you been discriminated against at work due to your race, age, pregnancy status, or caregiver status? If you’ve decided to take legal action, the starting gun for suing your boss is sending a “demand letter.” A demand letter is pretty much what it sounds like: a letter in which you (usually through your lawyer) demand an outcome. That outcome usually includes payment of some amount of money in exchange for an agreement not to sue.

At some point after you send your demand letter, the employer, through its attorney, will respond. That letter will probably not be very nice. This post will help you prepare yourself to read that letter.

First, let’s talk about what happens in the company after you send your letter. Of course, you’ll never know exactly what is said between the company’s attorney and management after receiving your letter. But it may go something like this:

Attorney to company president: We just received a demand letter from Samantha, the pregnant employee that the company fired last month. She’s claiming pregnancy discrimination and saying that your company has a pattern of sex discrimination.

Company president: What?!! That’s absurd! I talked to Ted, her manager, myself. He said she was a terrible employee and that’s why he sent her packing.

Attorney: I understand. Maybe Ted’s right. Maybe he’s not. He’s only been here two years, and I understand HR had to talk to him last year about making inappropriate remarks to women. I’m not saying Samantha is right or that we won’t be able to beat her in court. Still, it might be worth throwing a little money on the table to make this go away quietly. I mean, do you really want to duke it out in court with a pregnant woman?

Company president: Look, I just don’t tolerate discrimination here. Never have. But who knows what Ted did—or what she thinks Ted did. Okay, I hear you. For now, lob something back over the fence. Let them know we’re not going to roll over on this. You can put a little bit on the table, but just a little. Let’s see how they respond. And go talk to Ted again. If we stepped in it, I’d like to know sooner rather than later.

And so, you will get a letter designed to let you know that the company is “not going to roll over on this.” That letter may say all kinds of nasty stuff about how you were not discriminated against. It will probably say that you were, in fact, a terrible employee.

Samantha and her lawyer may get something like this from the company attorney:

My client, Acme Company, has received your letter in which you assert numerous claims on behalf of your client.

While we are currently investigating the matter, my initial investigation suggests that your claims are completely without merit. In fact, your client’s employment was terminated after she received numerous warnings from her manager at Acme about poor performance. Those performance issues included, but were not limited to, misuse of client funds. Given your client’s serious misconduct, we do not believe that she is entitled to any severance at all. In fact, it was generous of the company not to oppose her application for unemployment insurance.

Although I am confident that the company is in no way liable in this matter, Acme is willing to offer $1,000 in severance in exchange for a full release of claims.

If this is acceptable to your client, let me know, and I will draw up a settlement agreement.

In the meantime, I will continue my investigation. I will send you my complete findings in the next several weeks. Understand that in that time I may discover that Acme has its own claims to bring against your client. If so, those claims may affect whether my client is willing to offer any settlement at all.

[Note that we’ve kept this example short so we don’t waste your time. The actual response you receive could easily be several pages long.]

In short, after you’ve sent a demand letter to your employer, it may respond with something nasty about you. This will be like salt in the wound. Not only were you figuratively kicked in the gut by getting fired or otherwise discriminated against, but now your company has the gall to lie about it and play the victim.

I hear your frustration. But I want to give you a very important tool—the knowledge that will let you dodge the company’s attempted blow.

Ready? Here it is: Don’t let your emotions get in the way.

I’m not saying that you don’t have the right to be emotional. You do. Getting fired or pushed out of your company can be like getting a professional divorce. It’s understandable that you’d be mad, hurt, and scared about your prospects. You should acknowledge those emotions and deal with them in whatever way works for you.

Meanwhile, here is a four-step process that will help you duck the company’s swing and prepare your own counterpunch.

First, understand that this is coming. It’s a tactic that practically every company uses. Now that you’ve read this post, you can see it for what it is.

Second, as much as you can, when you get that letter, don’t let it get to you. If you hit the roof or fall to the floor, that’s a point for your former employer. Turn the tables by letting it roll off your back.

Third, when you get the letter, do what we do: read the first paragraph and then skip to the end. The last paragraph or two are going to give you the most important signal: whether the employer is willing to play ball by offering a settlement. It doesn’t matter what the number is. You can bet it won’t be nearly enough. But as long as any number is there, you have a chance of reaching a settlement.

Now, it’s possible that your former employer will offer nothing in the first letter. Don’t panic! That doesn’t mean that it won’t ever be willing to settle. But it could be an early sign that the company is willing to fight. You’ll just have to push a little more, with your attorney’s help, to find out.

Fourth, have a cup of coffee, do some yoga, punch a punching bag, or do whatever you need to do to get centered. Then turn to the middle part of the letter—the part where your company says a lot of bad stuff about you. This is where the battle will be joined. Yes, it will be infuriating to read this. Much of it will be lies. But—and I need you to listen to me here—we like the lies. Why? Because to win a case against your employer, you will need to show that the company is lying. If you can read the company’s letter and think, “This is a lie and I can prove it,” you’re off to a great start.

If you’ve sent your demand letter, it’s time to prepare for the response from your employer. Now you know what to expect. Your employer will throw haymakers at you, and not one of them will connect!

Next up: it’s time to regroup and counterpunch with your response to the company’s letter. In my next post, I’ll let you know what else is coming. You’ll get more practice with the techniques discussed here in the days to come.

Do you need help with an employment case or a demand letter? Please contact our office so we can help you understand the law that may apply to your case and figure out your next steps.