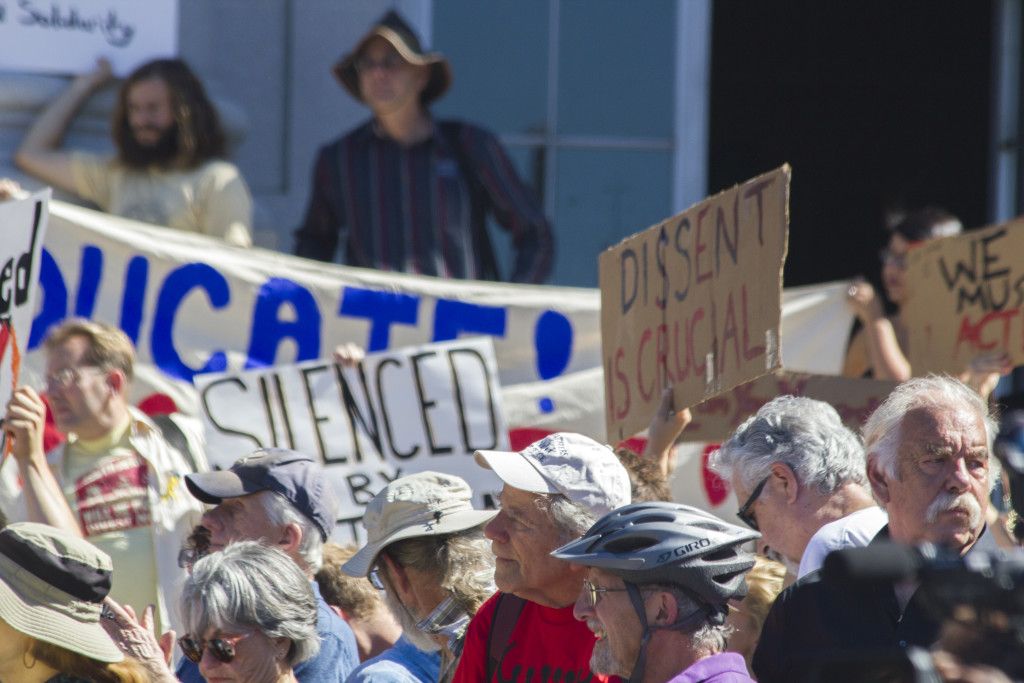 Can My Employer Fire Me for Blowing the Whistle by Talking to the Press About Possible Fraud?

A former employee of the Philadelphia School District has been awarded $318,520 in a federal lawsuit alleging his suspension and firing violated his rights, according to the Philadelphia Inquirer. Though the jury found that the School Reform Commission, the body running the school system, didn’t violate state whistleblower laws when it took actions against the employee for secretly providing information to the Inquirer, it did violate his First Amendment right of free speech.

Does an employee’s First Amendment right protect him from discipline or firing? For those employed by the private sector, no. But public employees have some protections against retaliation in response to what they have said or written.

What Happened in the Case

In May, the court ruled that Francis X. Dougherty, the school’s former acting chief of operations, was entitled to compensation for wages he lost after he was fired in April 2011. After a five-day trial in October 2014, jurors decided the following:

The Inquirer, using Dougherty as an unnamed source, published a story in November 2010 stating that Ackerman pushed aside another company that had started working on a rush contract to install surveillance cameras in schools the state of Pennsylvania deemed “persistently dangerous.” The plaintiff’s attorneys argued the defendants went on a mission to discover the source of the leaks after the story came to light.

The defendants have already appealed the judge’s previous rulings in the case. They assert that Dougherty was fired after outside attorneys performed an investigation into the leaks. They found Dougherty sent an e-mail about the camera project to an unknown third party and improperly sent 50 e-mails from his work account to his personal e-mail account.

Dougherty believed he was fired because he spoke to the newspaper and the FBI about a large contract he believed was awarded improperly, due to Ackerman’s favoritism and racial preference instead of following rules that promote fairness and save taxpayers money, according to the Inquirer. The company that started the camera work was white-owned, while IBS Communications, Inc., is minority owned. Ackerman, an African American, reportedly stated at a meeting that she was upset because contracts to minority-owned business were singled out for scrutiny and because she was tired of district work going to contractors who did not look like her. Not surprisingly, Dougherty’s legal claims are one of four lawsuits stemming from the security camera contract controversy.

What Happened on Appeal

In 2013, the district court denied the defendant’s motion to dismiss the plaintiff’s First Amendment claims. That denial was appealed to the U.S. Court of Appeals for the Third Circuit, which later that year upheld the lower court decision, and the trial process proceeded.

The appellate court stated there must be a balancing between the employee’s and the public employer’s interests. Public employees don’t relinquish their First Amendment rights when working for the government, but a public employer has an interest in maintaining some control over its employees’ words and actions for the proper performance of the workplace.

The appellate court ruled that a government entity may not fire an employee if that action infringes on the employee’s constitutionally protected interest in freedom of speech. To establish a First Amendment retaliation claim, a public employee would need to show two things:

If the employee proves both, the employer has the burden to prove that he same action would have been taken even if the speech had not occurred.

If you’re a public employee and believe you’ve been retaliated against because you’ve spoken out in violation of the First Amendment, contact our office so we can talk about what was said, management’s reaction, the applicable law, and your best options for protecting your rights.