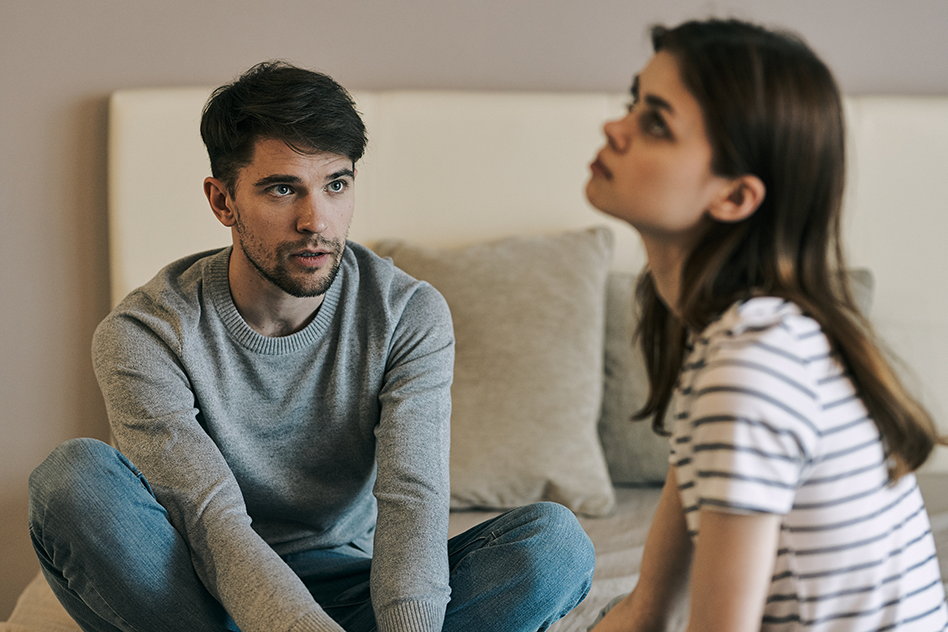 5 Signs Your Loved One is Treated Illegally at Work

A large majority of people rely on their full-time job as their sole source of income; consequently, it’s hard for many to speak up. They’d rather weather the poor treatment than become jobless.

With that in mind, someone in your life might be facing poor or even outright illegal treatment at work without your knowledge. They might be afraid to say it at work or even at home, but you can pick up small bits of information from their words and actions.

Here are some signs your loved one is treated illegally at work.

1. They mention degrading comments in passing

Has your loved one ever mentioned a degrading joke in passing or in conversation with you?

They might treat it like it’s “not a big deal”, but depending on the nature of the joke, it could be grounds for a harassment claim.

For example, say that they routinely mention that someone at work makes off-color jokes or negative comments relating to race. If pervasive and severe enough, these jokes might create a hostile work environment. As the US Equal Employment Opportunity Commission states, this could be sufficient for a harassment claim — whether or not your loved one is the target of these comments.

Alternatively, the employee in question might mention how they refuse to speak up because they fear for their job. The EEOC makes it clear that having to bear this type of conduct to keep your job is also likely unlawful harassment.

2. They aren’t friendly with coworkers

Not everyone has to be friends with their coworkers. That said, it’s quite common because friendship in the workplace can promote camaraderie and improve company culture.

If your loved one isn’t friends with any of their coworkers, maybe they’re facing social exclusion. Social exclusion based on characteristics protected by the Civil Rights Act of 1964 can be considered unlawful discrimination.

You can find out by asking the employee about the general culture around the office. If they mention that other people seem to be friends at work, but they aren’t friends with anyone, their coworkers may intentionally be excluding them from activities.

3. They don’t get promoted as expected

You know your friends or loved ones well enough to understand their work ethic. If they’ve worked hard at the same company for years with no raises or promotions to show for it, there might be some discrimination at play.

Think about this: if poor performance was the only reason an employee wasn’t promoted after working at a company for years, there’s a good chance they would have been let go. Spending several years in the same position while others move up isn’t too common.

There are some other signs, too. Maybe you notice that the employee is always working later than other employees. Perhaps they take a lot of work home — and it isn’t an industry where such a practice is expected. They might be taking on more work to try (unsuccessfully) to win their boss’s approval. Alternatively, their boss might be heaping more work on them, which, depending on the circumstances, could also constitute unlawful discrimination.

4. They talk about hirings and firings a lot

Does your loved one mention anything implying a high turnover rate? Maybe they bring up firings or replacements regularly.

There’s probably a good reason for that. High turnover rate might just be a sign of poor management, but maybe the company fosters a hostile work environment. People might be quitting to avoid discrimination, harassment, or favoritism. At the same time, a high rate of firing might be a sign of companies retaliating against employees for speaking up about harassment. Retaliation is illegal.

Keep in mind that some industries — such as tech and retail — have higher turnover rates, though. If your friend or loved one talks about high turnover, do some research online to see if it’s normal for the industry.

5. They’re always in a poor mood

Lastly, a constant poor mood could indicate illegal treatment at work, especially if they’re employed full-time. Spending 40 hours per week at an employer that treats you poorly can take a toll on mental health and mood; moreover, if the employee has reason to believe their career is in jeopardy, the resulting stress can be incredibly high, if not detrimental to one’s health. Such distress is often accounted for when damages are being awarded for a successful employment law case.

Have you noticed any of the above from someone close to you? Do your best to open up a conversation with them about it. If possible, have them reach out to an attorney, as they might have a case. Fill out our no-cost online review today to get started.